The Gullah Geechee Cultural Heritage Corridor (the Corridor or Corridor) was designated by an act of Congress on October 12, 2006 (Public Law 109-338). It was authorized as part of the National Heritage Areas Act of 2006.  As a national heritage area, the Gullah Geechee Cultural Heritage Corridor is not part of the national park system; however, the act authorizes the secretary of the interior to provide technical and financial assistance for the development and implementation of the management plan.  The Corridor roughly extends from Wilmington, North Carolina to Jacksonville, Florida, covering and 14 coastal counties in 4 states: NC, SC, GA and FL.

The Corridor was created to:

The local coordinating entity legally responsible for management of the Corridor is the Gullah Geechee Cultural Heritage Corridor Commission (the Commission or Commission), a federal commission. The Commission is composed of 15 members appointed by the secretary of the interior. Ten members are nominated by the State Historic Preservation Officer and the other five are recognized experts in historic preservation, anthropology, and folklore and appointed by the secretary of the interior.

“The Gullah Geechee culture is the last vestige of fusion of African and European languages and traditions brought to these coastal areas. I cannot sit idly by and watch an entire culture disappear that represents my heritage and the heritage of those who look like me.” 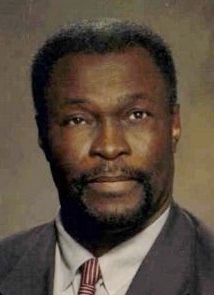